In the United States, the average consumer believes that most of the world’s pineapples come from Hawaii – and even furthermore, that they are a native fruit of The Aloha State.  And although long has Hawaiian tourism and state marketing encouraged the connection, this belief couldn’t be anymore false.

Today, the leading producer of pineapples is Costa Rica – home to Chestnut Hill Farms’ Perfect Pineapple™.  The infographic below shows how the pineapple arrived to our little piece of paradise: 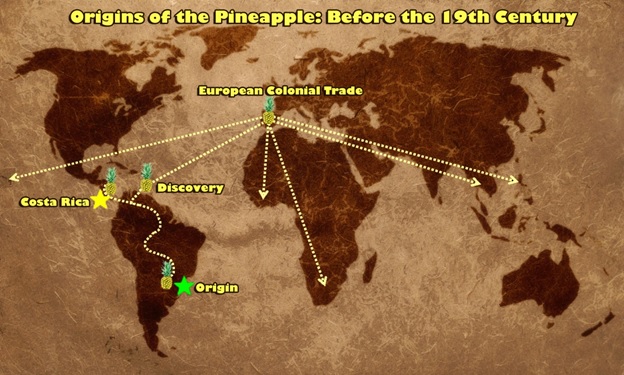 This entry was posted in Featured, Tips & Tall Tales. Bookmark the permalink.