As fall recipes begin to fill our Pinterest boards, our favorite summer flavors, such as pineapple, tend to wither in the shadows as essences of pumpkin take center stage. This is, quite possibly, one of the BIGGEST mistakes any foodie can make. Get ready to fill the season with pineapple fall recipes.

How to Throw the Perfect Pineapple End of Summer BBQ 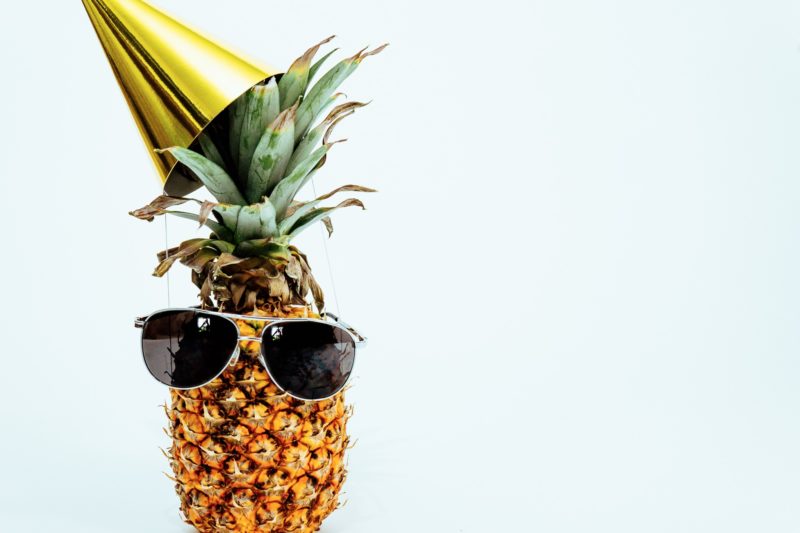 We’re all sad to see summer go, but what better way to end the season than with a celebration of all the great sunny times you’ve had? With a few pineapples at hand, you can create the perfect end of summer BBQ party with all your loved ones for an unforgettable night. We’ve got a few ideas to spark up that pineapple party fever, and we all know you can never have too much pineapple. To get this party started, you need a sweet backyard, a BBQ grill master (master level optional), lots of drinks and all the best people that need a little summer celebration to look forward to.

END_OF_DOCUMENT_TOKEN_TO_BE_REPLACED

The Summer of Pineapple 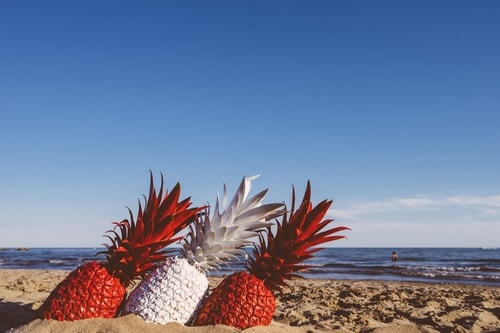 Cool Off, Relax and Unwind with Summer Pineapple Treats

Summer has arrived and pineapple season is in full swing. Sweet, fresh pineapple may be the perfect snack to bring to the beach, but our favorite prickly fruit can reach beyond a simple afternoon treat. Check out our summer pineapple recipe round-up to find out how the queen fruit can help you cool off, relax and unwind this summer.

END_OF_DOCUMENT_TOKEN_TO_BE_REPLACED 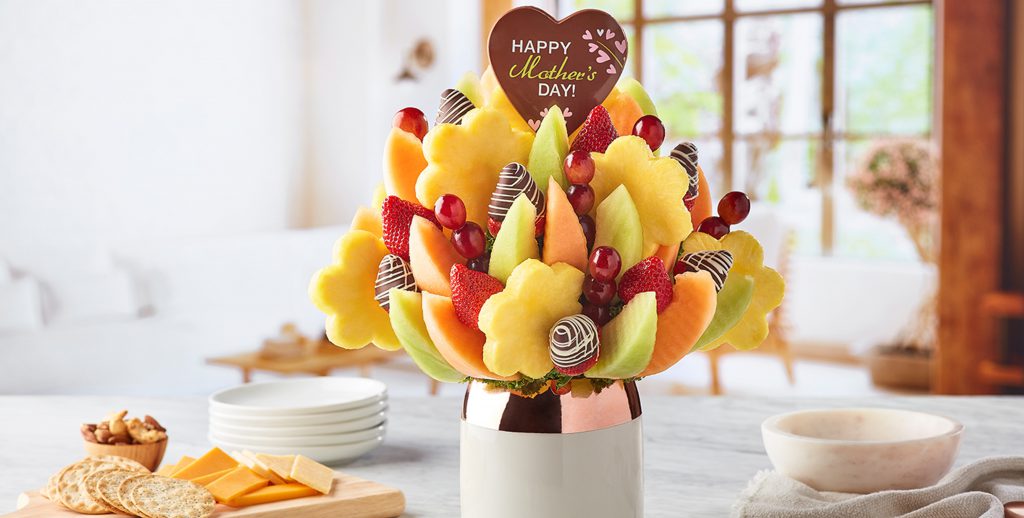 It’s time to treat mom to something special and find the ultimate Mother’s Day gift. Deciding on the perfect gift can be a daunting task! Your mom gave you the gift of life. Over the years, she gifted thoughtful birthday presents, homecooked meals and (sometimes unheeded) words of advice.

END_OF_DOCUMENT_TOKEN_TO_BE_REPLACED

Pineapples in the Hospitality and Food Industry 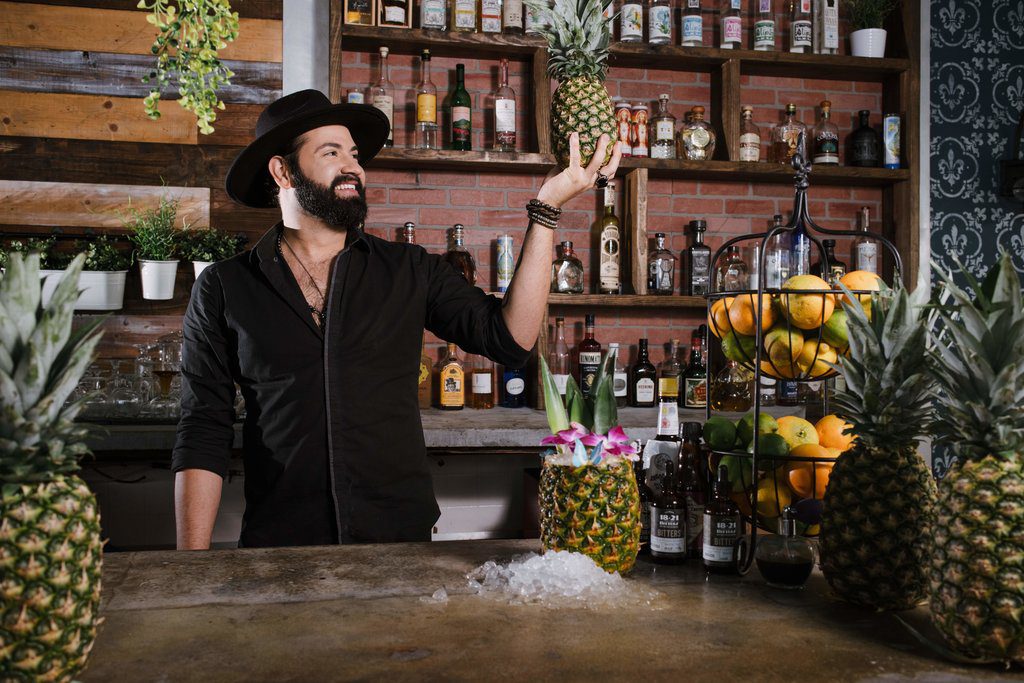 What the Queen Fruit Brings to the Table

Tropical, bright and refreshing, pineapples are perfect to enjoy on an afternoon picnic or day at the beach. However, these prickly fruits are far more versatile than a summer day snack. As the official symbol of hospitality, pineapples have rich associations with social status, friendship and a welcoming spirit. From breakfast, lunch, dinner, dessert and décor, pineapples are a stunning addition to the food industry.

END_OF_DOCUMENT_TOKEN_TO_BE_REPLACED

Our Perfect Pineapples Are Available Year-Round! 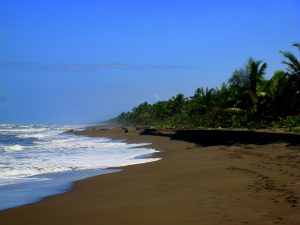 While most areas of the world are familiar with the four seasons: winter, spring, summer and fall, the Costa Rican climate typically falls into two categories: rainy season and dry season. This rainy or “green” season, typically lasts from May to November, with November being the most unpredictable month when it comes to rainfall. Here at Chestnut Hill Farms, our farms are located in the fertile valleys of the Roxana de Guapiles and Villa Franca regions of Guapiles, Costa Rica. The soil of our farms has a relatively low pH, meaning that our perfect pineapples are available year-round.

Looking toward the fall and winter months in Costa Rica, we are leaving the rainy season behind and entering the drier months. However, don’t let the term “winter” fool you, as our average temperatures are a tropical 82°F (28°C) all year long! There is some fluctuation in this temperature from area to area, as lower lying areas such as the Pacific and Caribbean regions will be slightly warmer, and northern zones with higher elevations will experience cooler temperatures. There are also factors that can bring on the dry season earlier in some years than others, including El Niño activity. Overall, September and October are typically the rainiest months in the country, while November is the transitionary period between the rainy and dry seasons.

Luckily, even during the rainy season, most areas in Costa Rica will experience sunny mornings and days with showers in the afternoons and evenings. With our farms being located just over the hill from the Tortuguero National Park, or the “Costa Rican Amazon”, we are nestled perfectly near the port city of Limon. This is where the majority of our pineapples are exported to the United States and Europe. Year-round pineapple production is key to the Costa Rican economy, as a 2017 study conducted by the Central American Institute of Business Administration (INCAE) found that the pineapple business sector of the country employed approximately 32,000 individuals directly. Not only this, but pineapples constitute 10% of the country’s total exports, making it the main agricultural export.

As both producers and consumers, we are thankful that the Costa Rican climate provides the perfect weather for growing perfect pineapples year-round. If you’re looking for some inspiration on how to enjoy your pineapple this season, check out some of our favorite fall recipes here!

How to Celebrate National Pineapple Month

Attention, attention! It’s our favorite time of the year here on the farm…National Pineapple Month! October marks the time of year to pick yourself up one of these delicious, healthy tropical treats to enjoy and share with family and friends. National Pineapple Month is dedicated to this tantalizing fruit, native to the Americas and first consumed by the Tupi people. So why is there an entire month dedicated to this tropical fruit? Well, because pineapples are amazing and delicious in so many different ways!

END_OF_DOCUMENT_TOKEN_TO_BE_REPLACED

Welcome the Season With These Delicious Fall Pineapple Recipes!

Although the pineapple may be synonymous with sandy beaches, tropical getaways and poolside hangs, this superfood fruit can be enjoyed well beyond the summer months. Not only are our perfect pineapples available all year round, it may actually be a better time than ever to consume the sweet fruit as the fall and winter months approach.

Pineapples are packed with Vitamin C and bromelain, both of which have some amazing health benefits. This high source of Vitamin C drastically helps the immune system fight off cold and sickness, which bromelain works as an anti-inflammatory. Bromelain also works to fight off infection and eliminate bacteria. This powerful combination is just what you need to get through the changing of the seasons feeling healthy and happy. Looking for more ways to incorporate pineapple into your cuisine? Check out some of our favorite fall pineapple recipes below!