Feliz Navidad! How We Celebrate Christmas in Costa Rica

Horse Parades, Pork Tamales, and Trips to the Beach Are Just Some of the Ways Costa Ricans Enjoy the Holiday Season

The month of December is marked with plenty of holiday celebrations in Costa Rica. From vibrant festivals to traditional Christmas Eve feasts, there are plenty of reasons to be in high spirits this time of year. If you can’t make it down to Costa Rica this December, don’t fret – we’re taking you with us on a virtual tour of some of the country’s biggest and best holiday festivities.

Whether you want to dress up your holiday table or get fancy for a fabulous event to remember, these easy-to-assemble gold pineapple candle holders are the perfect way to add pizazz to your table decor. Bonus – in this how-to we remove the fruit so it can be enjoyed as much as your candle masterpiece. This prevents wasted food, and helps complete a beautiful setting with delicious Perfect Pineapple that can be enjoyed immediately or in holiday recipes.

Check out the Youtube video to create your own in a visual how-to, or continue reading for step-by-step instructions. Happy creating!

END_OF_DOCUMENT_TOKEN_TO_BE_REPLACED 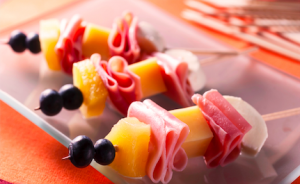 Planning your holiday party? Try these easy to assemble and serve holiday skewers, and impress your guests with presentation, color, and a delicious healthy snack! Simply assemble ingredients and line up to enjoy.

Hosting this holiday season? Try our juicy holiday ham with fresh pineapple and impress your guests. 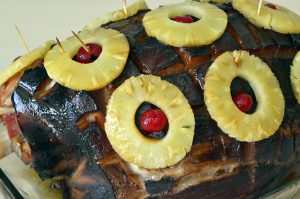 What’s better than the holidays? Food is a pivotal component to welcoming company, new and old, and they are guaranteed to be impressed with this easy to make version of traditional holiday ham. Grab your Chestnut Hill Farms Perfect Pineapple, a ham of your choice, and get ready to serve up a delicious meal this season.

END_OF_DOCUMENT_TOKEN_TO_BE_REPLACED

Make Your Own Pineapple Cocktail Keg 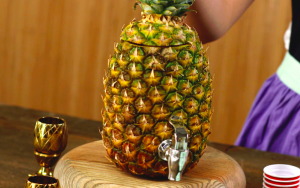 Entertaining just became even more exciting now that Food Network has released a brilliant idea: the pineapple keg. Simple, impressive, and efficient, this concept has everything you need to impress your guests. All you need is a Chestnut Hill Farms Perfect Pineapple, a beverage dispenser (such as the one for $9.99 on Amazon here), and the cocktail recipe of your choice (try it with our Tiki Holiday Pineapple Punch recipe!).

The holidays are quickly approaching, and with that the need to plan and prepare for guests and loved ones. For centuries pineapple has been know as the hospitality fruit, and what a better time to welcome family and friends than the holiday season?

END_OF_DOCUMENT_TOKEN_TO_BE_REPLACED

Chestnuts roasting on an open fire. Jack Frost nipping at your nose. Yuletide carols being sung by a choir. And folks…clamoring for some traditional Christmas ham?

So it doesn’t rhyme. But it’s true! Christmas ham is an American tradition. Sure, every region does things a little differently, but a staple of an American Christmas – like the trees and the presents – is a sweet, glazed, succulent ham. 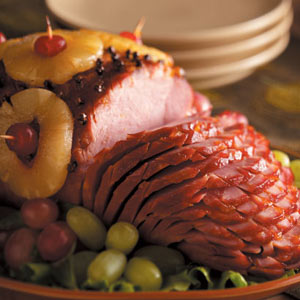 Mmm. Our mouth is starting to water just thinking about it! And everyone knows that the best hams, while recipes might vary from family to family, they all have one thing in common: pineapple.

If you’re looking to try out a new recipe or just shake it up a bit, this contest-winning submission from TasteofHome.com is pretty on point. 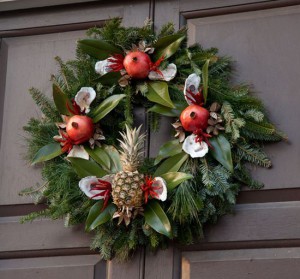 We stumbled across an interesting story today that we thought would be a neat post to share with our regular readers. Remember when ole’ Dr. Lloyd here told you about the history of the pineapple, or how pineapples were once a status symbol among Europeans?

Well, down in South Carolina, the Historic Columbia Foundation will be sharing similar anecdotes during candlelight tours of the capitol’s historic buildings later this month. The tours will showcase exactly what Christmas in the late 19th century was like for the buildings’ residents. Surprisingly, Christmas trees weren’t common as decoration until after the 1850s. But you know what was? You guessed it – pineapples!

This article by TheState.com gives great insight into what a Christmas celebration would have looked like during the American historical era – and give some reasons as to why the pineapple crazes seems to endure.